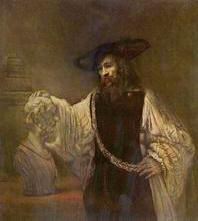 Every day the minds of people think up the most fantastic stories. At the same time, stories and writing techniques are continuously developed for the pleasure of readers and writers. Writers have discovered the hidden, effective elements of writing techniques along the way. For those who write, this means further opportunities to create exuberant texts in which every word breathes and engages the reader from start to finish, while the readers have the opportunity to disappear inside another universe for some hours and experience life intensely from a viewpoint completely different from their own. Some authors impart their best writing advice and others demonstrate it in they way in which they frame their texts. Both ways make forinspired reading that gives everyone the opportunity to renew and redefine themselves as writers. I would like to share some of the writing advice and literary works that have inspired me and supported my own writing. Below is aselection of fictional books and books on writing techniques. None of the books are prioritized and it must be emphasized that I have been inspired and touched by many more authors and books than the few mentioned below. The following list only serves as an appetizer.

Books about writing techniques and the art of being creative

Stephen King: On writing
The first part of this book goes over Stephen King’s own development as a writer, from his childhood when he cribbed Combat Casey cartoons and wrote his first independent stories about Mr. Rabbit Trick up to his breakthrough with Carrie. He discusses the positive and negative consequences that success has had on his life. The second part of the book is a veritable treasure chest filled with advice about technical structure and the writing of stories. The book makes for inspiring, humorous reading in Stephen King’s customary outspoken manner and his brutally honest tone. Ernest Hemingway: On Writing. Collected and edited by Larry W. Phillips
This book of selections, especially from Hemingway’s own letters, reveals Hemingway’s views on writing and on being an author, and tells about how he wrote, what he advised other writers and much more. There is bone dry humor and crushing honesty when Hemingway is at his best. Bente Clod: SKRIV – en bog om at skrive (WRITE – A Book on Writing, only available in Danish)
The book starts by dealing with a series of writing problems, such as intensifying texts, speech, shifts in time, platitudes and clichés, the use of images and the way that words are able to choreograph the story. Next Bente Clod reviews the writing processes for prose, poetry and drama. There are many inspiring exercises that can help writers to understand the advice and become better at applying it in writing. Natalie Goldberg: Writing Down the Bones
Sixty-four short chapters give precise and inspiring advice that reveals how creativity works and how to get the very best out of the language and the story. Among other topics, Natalie Goldberg tells about the power of detail, listening, the sensation of space, rewriting, the action of a sentence, concentration and writing conditions. She passes along effective writing exercises that make the writer think from an opposite perspective and has the writer literally write upside down. This results in creative texts and improved writing ability. Julia Cameron: Walking in This World – The Practical Art of Creativity
Julia Cameron’s book helps creative people to embrace and accept their creativity in order to really be able to let it flow. She has developed a twelve-week program that guides the writer step-by-step to open up and accept the possibilities that often feel more intimidating than limitations. The book is an outstanding boost for the creative career and provides a solid foundation for growing artistic confidence. Dianne Doubtfire: The Craft of Novel-Writing
Novel writing is a comprehensive project, but in this book, help is available. Everything from the choice of theme, the point of view and the setting to making a writing schedule, planning the writing and working with dialogues, plots, creating characters, structure, style, the opening chapter, improvement and the title are reviewed, so that all writers from beginners to professional can take advantage of the good advice. John Braine: Writing a Novel
This book gives a lot of good advice about the technical aspects of writing a novel and the writing process, such as use of time, using personal experiences, beginnings, points of view and writing, so that the reader visualizes what is happening. At the end of the book are some early drafts and outlines from his bestseller, Room at the Top, which are included to illustrate the application of his advice. David L. Carroll: A Manual of Writer’s Tricks
The book is a collection of stylistic tricks and practical advice for finding the right word and tone, for giving the language deeper expression and more colour. Advice from other authors is included, as well as writing exercises that help the writer reach new levels of depth and drama in the text. Victoria Nelson: Writer’s Block and How to Use It
Victoria Nelson elaborates on how different forms of writer’s block crop up and how they can be prevented or used in the best possible way. She explores the relationship between writing and critique, perfectionism, ambition, opportunities, notes and plans, and rewriting andtalent. Linda Seger: Creating Unforgettable Characters
The book is about the creation of characters, making a personal background for every one of them and understanding the psychology behind the characters. It sheds light on the problem of relations between characters, minor characters, dialogue, as well as the creation of non-realistic characters, including the use of symbolism, mythical characters and imaginary creatures. Ann Hood: Creating Character Emotions
The spectrum of emotions are reviewed, and there are enough examples of good and bad descriptions of feelings that the message gets through. Be precise and original in your descriptions so that emotions rise from the page and touch the reader instead of ringing hollow. Monica Wood: Description
Descriptions of people, places, events and actions should not be boring passages, but rather spell-binding elements in the text that drives the story forward. Monica Wood shows how to do this by using many examples, touching on descriptions of setting, time, dialogue, action, details, point of view, style, animals, weather, feelings and sounds.

Donna Tartt: The Secret History
Donna Tartt has a spell-binding narrative voice and a finely-tuned senseof detail that gives the story a life of its own. In this crime novel, suspense pulses between the lines and the mystery increases with the constant secrecy and the legends of the Greek gods, which we know are important to the story without knowing why until the end. Tartt really has a grasp of language and the narrative technique. At the same time, she is able to make the wild experiences of youth seem actual and realistic. J.R.R. Tolkien: The Lord of the Rings
A world populated with strange creatures that are so vividly described that for the imaginative reader, there is no doubt that they are real. Tolkien has created an entirely new language, a legend and a time with a history behind it and the future ahead. The characters are colourful, real, and not even one villain fits into a stereotype, though some are identical, because they are identical in Tolkien’s manner, and not according to the cliché. Stephen King: The Green Mile
Life on death row, the prisoners and the personnel, and the life of the main character set in a nursing home in the future are all elements that Stephen King relates in such a familiar and convincing way that it is as if he were writing about his own life. He pulls the reader through an emotional rollercoaster, from feeling sympathy for a mouse to shivering because of a cruel execution in which everything goes wrong and results in melting#body parts. The book takes the reader prisoner mercilessly, and#does not release its victim until the very last page. Stephen King: Bag of Bones
A sinister atmosphere spreads throughout a world populated by manipulating people and ghosts searching for home, where it is impossible to know who is good and who is evil. The supernatural becomes strangely realistic in King’s hands, and the boundary between the real and unreal is blurred without the story losing its credibility. William Shakespeare: Much Ado About Nothing
Humor and drama flow throughout this story, whose characters complicate everything and misunderstand even more, until Shakespeare takes over and untangles the knots. The sharp dialogues always touch on the crux of the intrigues and the tender emotional points, hitting the audience with impudent honesty disguised in polite expressions. An entertaining play that celebrates life, love and friendship. Else Fisher: Telefonen er afbrudt (Phone Disconnected, only available in Danish)
Else Fisher was a queen of mysteries. She was always able to put the solution right in front of the readers’ eyes, just when their attention was somewhere other than on the solution, so that no one was able to guess the connection before she revealed it herself. Along the way more people die, and there is an intricate interplay between people who start off trusting each other and end up gaining new insights into who they have been together with since the book began. Her books are exciting and worth studying for their complicated and intelligent plots. James Baldwin: Giovanni’s Room
Beautiful and complex feelings are entwined in this love story, in which the male main character has to acknowledge his homosexuality when, against his will, he is attracted to another man. His inner struggle is vividly depicted for the reader and demonstrates society’s pressure to conform to so-called normality, as seen from the other side. James Baldwin’s sympathetic insights and descriptions are so complete that the reader is moved to resentment on behalf of society. Wilkie Collins: The Moonstone
Complications, suspicions, and intrigues are highlighted with suspense and humor in this detective novel that takes place at a time when people still addressed each other formally, but where people were just as corrupt and amusing as they are today. The readers are left with wonder and fruitless guesswork, while the long story slowly untangles. Charles Dickens: Great Expectations
People are exposed as they really are in this novel, which is about a young man’s struggle to rise from the bottom of society and almost reaching the top. The setting and surroundings are portrayed so graphically that when mist is hanging above the moor, it gets in the reader’s eyes. The reader is cast around a comprehensive spectrum of emotions and can shift sympathy en route, because the people are just as human and flawed as if they were real and the book were their biography. Sidney Sheldon: If Tomorrow Comes
Suspense, romance and humor are combined in this book about a sneaky thief and an imposter whose paths constantly cross. The puzzled-out schemes, the incredibly small but useful details that link one crime after another, give the impression that Sidney Sheldon comes from a secret underground of imposters amongst the wealthiest in society. At its best there are intelligently devised complications and deceptions. The author’s vast knowledge about the techniques behind crimes is astounding. Alfred Lord Tennyson: Idylls of The King
The long epic poems about King Arthur and the people around him are a study in lyric poetry. In Tennyson’s hands, a rose is not just a rose, but worth several lines of figurative description, and of course, a rose is never called a rose. It is impressive how the simple can become complex, yet appear more clearly than if it were just called by its name. Alan Jay Lerner: Camelot
The manuscript behind the play demonstrates the difficult art of telling a complex story in a simple way without falling into a superficial plot. Drama and humor accommodate each other harmoniously, and although only the lyrics of the songs are written down, the music rises up from the paper because the texts are so spirited and rhythmic.